The History of Vacuum Cleaners

Previous Next
The History of Vacuum Cleaners 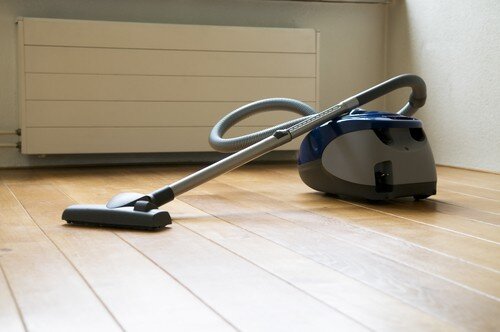 It is common knowledge that a vacuum is a cleaning appliance for households (and companies); but the truth is, we take the vacuum for granted. There is a likelihood that you may have at least, a vacuum cleaner in your home, for removing the dirt and debris from the carpets in your home, and probably a smaller one (most likely a portable handheld vacuum cleaner), or wet vacuum, just for the convenience it offers.

Although it is great that you have all these vacuums at home, have you stopped to wonder how owning a vacuum made your life much easier? I mean, if there weren’t vacuums, how would you have cleaned your homes? Just think of all the time you would spend digging out the debris and dirt from your rugs. Indeed, vacuums have made our lives easier, but did you know that was once a time when vacuums didn’t exist? Therefore, having an understanding of the evolution and history of vacuum cleaners would come in handy; this way you can appreciate the little working machine for the work it does.

The Vacuum: a humble beginning

Before the invention of vacuums, the cleaning and removal of debris and dirt from rugs and carpets were done by taking the rug outside and shaking it off. This task was not just time-wasting; it was arduous and stressful. In order the reduces the stress and pain that came from this everyday cleaning, an inventor, who name was Daniel Hess introduced, for the first time, a machine, which utilized the bellows that stirs up and then collects debris from the rugs; and this started working in 1860. It was not till 1968 that another inventor Ives McGaffey invented a device, known as a whirlwind, with designs similar to that of the belt system.

These devices were good at removing debris and dirt for rugs and carpets; they had a problem of being too burdensome to operate and use. For instance, two persons had to use the whirlwind model, and this wasn’t practical for many users. But over the years, other inventors began to make the vacuum more comfortable to use, by remodeling the first model sets. Thus, the first gas-powered vacuum was made available in 1898.

The unfolding of the modern vacuum cleaners

In 1901, Herbert Booth finally released the first motor vacuum cleaner. For many, this marked the inception of modern vacuum cleaners as it is known today. Yes, this vacuum was still heavy to operate, making it awkward to use; it was still a significant improvement from the bellows and whirlwind models that were obtainable before. It was in 1905 that the first portable vacuum cleaner was invented, and it had a water filtration system that made it very unique.

Then in 1908, William Henry Hoover decided to purchase the patent designs for the vacuum cleaner (which he got); and remodeled to have a canister that could hold the dirt as well, after the vacuum had kicked up the dirt and removed it from the rug. This design marked the beginning of the Hoover vacuum brand, that is still popular till today.

From the 20th century, through to the 21st century, there have been significant improvements on the vacuums usable today, which each new design better than the last. Because of the availability of light materials (including plastic), vacuum cleaners have become so much lighter and easier to use and operate. The suction and filtration features of the 20th-21st vacuum cleaners have improved and have continued to undergo some significant improvements. Today, there are now self-propelled and battery-powered vacuums that work well for you.

How the vacuum works today?

Since its inception in the 1800s, the vacuum has always had a similar mode of operations. The vacuums use bristles to kick off the dirt and then pull it off from the rug or carpet fibers. It then pulls up the debris and dirt into the canister.

The filter design added to the modern-day vacuums has also made it quite effective to use. Thus, before the filtration models came out, the dust in the rugs could not be contained, so they flew back into the air. Thanks to these filters, the fine particles are trapped by the filter, preventing it to be blown into the air again. For instance, the Ultra-Low Penetration Air (ULPA) and the High-Efficiency Penetration Air (HEPA) in modern vacuums can accomplish the task of trapping fine particles.

Almost all the vacuums sold today have canisters rather than the regular disposable bags was common before now. One of the effective and useful features of the canister is that they do not need constant replacement like disposable bags. So, once it is full, all you have to do is empty it out and put it back on the vacuum. Try to ensure that the canister doesn’t get too full, because, if it gets over-full or clogged, it might block the air flow thereby preventing the vacuum from suctioning properly.

Things you should look out for in today’s vacuums

Now that you have a clear understanding of the history of vacuum, you not only know how this machine works, I bet you can also spot some of the features you would want your vacuum to have. So, some things always should always come to your mind, when shopping for vacuums.

First of all, consider a motorized vacuum, it helps for proper suctioning. A vacuum with 7-12 amp motors would do the trick. Some other pertinent features you would need to look out for are; the standalone vacuums, either it is plugged to the wall, or is battery powered, this features should be looked out for. You may also want to get a vacuum with hose extensions so that you can reach far-stretched areas.

Ensure your vacuum has a filter. You will need to take time out to research on the best priced (one you can afford), that works well at holding the particles from flying out. Get also a vacuum with a good warranty; it gives you some guarantee that it is a good vacuum.

Try giving your vacuuming chores to a cleaning company

No matter how good the vacuum is, whether the vacuum is the best or the latest vacuum in town, there is always time to rest and let someone else do the work for you. Whoever said vacuuming is not a tedious task surely has a thing against you, but we don’t, which is why we suggest that every once in a while, your contract with a cleaning company to do the cleaning for you.

Vacuuming is one task we do every day, which means that it can be tiring to do sometimes. But it doesn’t always have to be so. With a good vacuum and a can-do mindset, you can get the job done in no time.

About the Author: Ready Set Maids